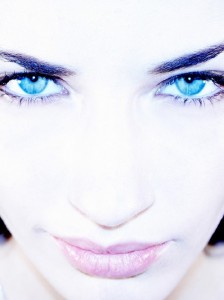 Some of the people I go out with have been doing some weird things recently. Now, I want to be clear that I am not criticizing them, but instead pondering it. Because it’s really just that I am pretty mild when it comes to these things and my friends are awesome so I’m kind of envious. Let me share some, ok, my one friend was changing up the style of her shirts. Now this sounds weird but she went from weird tight shirts to baggy shirts. Makes no sense to me but she seems to like it. She was also wanting to wear Medusa scleras which are crazy but I think that if she were to do it it would be great because she is the kind of person that would do that.

There are a few people I know of that are into that kind of thing and she is one of them. It’s mostly because they want to see what they can do and how far they can go with stuff, but I think that she is going to be happy with them because she really likes doing stuff that other people would usually not do. I think that is what I like the most about her. And really it has a lot to do with the fact that she just really likes to express herself. I feel like that is part of what makes her amazing. You see, she is really one of those people that will just do what she likes and not really put much effort itnto thinking about other people are going to say. I think that is good. Because most of the people I know aren’t like that it i can be enjoyable to hang out with her. The only thing is hat I see it rubbing off on me and i”m not sure how I feel about that. Mostly it has to do with the fact that I like to be easy going and she is not. She definitely kind of neurotic but maybe in a nice way. That might be confusing. I think that she is a cool person and i could probably get a lot of good ideas from her. But I think that her sense of design is kind of crazy and that might be why she doesn’t want o to go to the store with me. I usually get my clothes from normal places anyway and she tends not to. But I think that what she does is pretty incredible and that is why her style is good. I like to see the things she creates and then see if there is anything related ot that that I could use in my clothing. Getting used to her constant barrage of ideas was probably the most difficult part of hanging out with her. But she is awesome. Probably the other thing I like about her is that she is really creative.